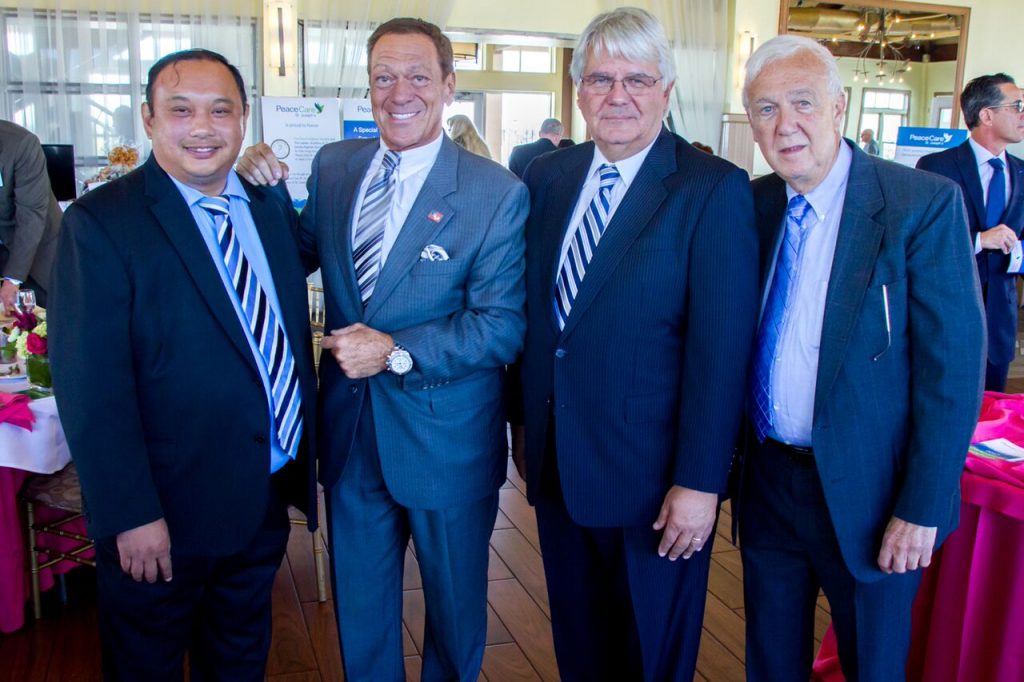 This year’s Luncheon was emceed by entertainer Joe Piscopo.  Mr. Piscopo has appeared on many television shows throughout his career; his most famous role was as a regular cast member on Saturday Night Live throughout the 1980s. He has acted in Hollywood productions alongside big names like Danny Devito and Michael Keaton.  Currently, Mr. Piscopo hosts his own morning radio show on AM 970 which airs from 6 to 10 AM every weekday.

Also recognized at the Luncheon was community member Thomas Schember. Commissioned as an officer in the US Army, Mr. Schember served for 23 years in the Army Reserves, and retired as a colonel. Following his military service, Mr. Schember was president of Franciscan Health System and Chief Operating Officer of Comprehensive Habilitation Services. He has served on the boards of numerous organizations – Holy Name Hospital, the Jersey City Economic Development Corporation, the New Jersey Hospital Association, and the National Catholic Health Association, among many others.

Article Featured in The Jersey Journal.