Thank you for all those who are participating in our Peace Care March Madness Box Pool Fundraiser. 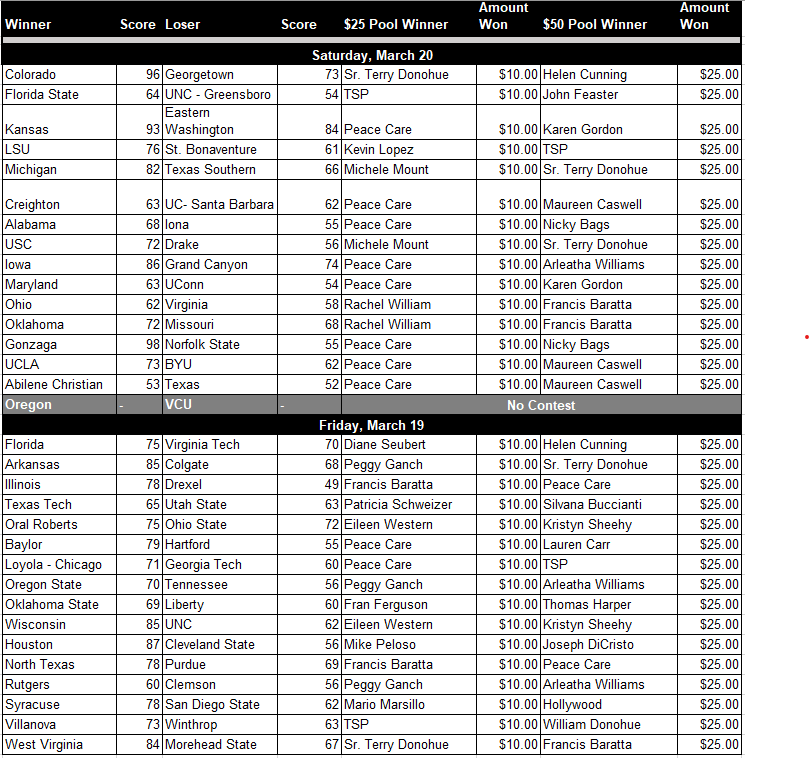 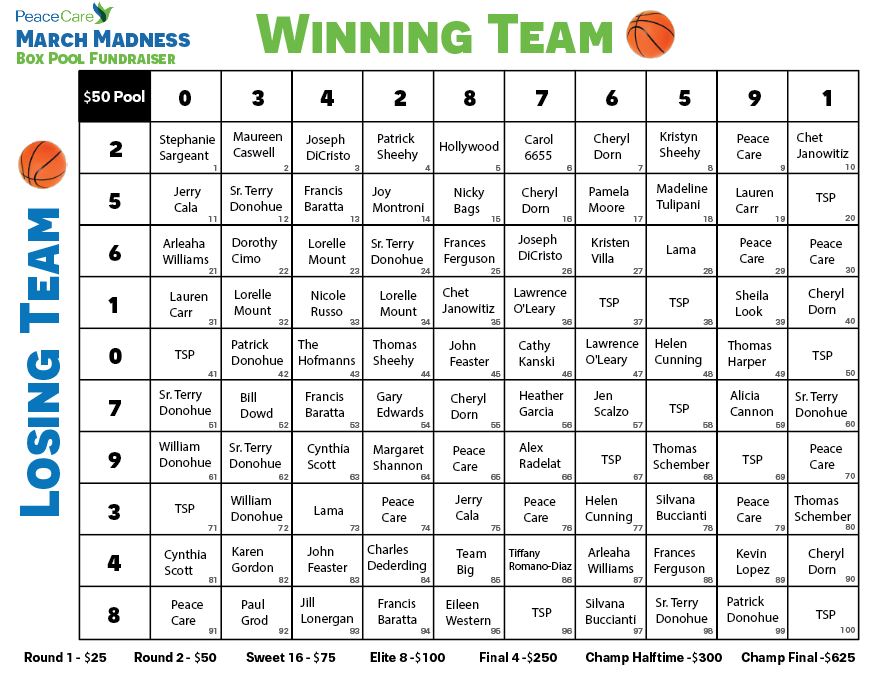 All payouts will be made after the championship game.